Asensios post-Ronaldo nightmare: How it all went wrong for Real Madrids boy wonder

AmeÃ© Ruszkai
The winger was set for a more prominent role again under Zinedine Zidane, but has been hit with a devastating ACL blow just two games into pre-season

Zinedine Zidaneâ€™s return toÂ Real MadridÂ provided a lifeline for many of those castÂ aside by Julen Lopetegui and Santiago Solari.

Isco and Marcelo were expected to be two big winners from the moveÂ , having both fallen out of favour when the 47-year-old coach initially left in the summer of 2018.

Marco Asensio was another. The young attacker had been deployed in a less favoured left-wing role which he felt didnâ€™t get the best out of him.

â€œI can be more decisive on the right flank or in the middle,â€ the 23-year-old toldMarcaÂ .

â€œIf I play more on the right or in the middle, I have more chances to be decisive and get more involved."

Looking at his stats for club and country last season, his point stands. In 16 starts on the left, Asensio contributed one goal and four assists. On the right, he started just five games, but chipped in with one goal and three assists.

This season was his chance to get back to his best. TheÂ SpainÂ international was heavily trusted by Zidane in the Frenchmanâ€™s first spell, not least due to his ability to pop up with crucial goals in big moments â€“ strikes in the UEFA Super Cup, Spanish Super Cup andÂ Champions LeagueÂ final all on his CV.

The last thing Asensio needed wasÂ an ACL tear in what was only Madridâ€™s second pre-season fixture of the summerÂ .

Just six minutes before going off injured, the youngster had reminded everyone just what he can do, starting and finishing a fantastic team move with an emphatic finish, drawing his team level with Arsenal.

Three minutes earlier, he played a role inÂ Gareth Baleâ€™s strikeÂ , drawing the goalkeeper out of his goal to leave the Welshman with an empty net to find.

â€œWe're gutted for Marco and hope it will be the least serious possible outcome.â€

But, hours later, it would be confirmed as the most serious possible outcome.

WithÂ Dani Ceballos Arsenal-boundÂ andÂ Bale on Zidane's transfer listÂ , itâ€™s not just a blow to Asensio - who would have no doubt got more chances this season - but Real Madrid and their attacking options too.

Given his form last season, itâ€™s easy to forget what an inspired performer he was under Zidane before.

The coach turned to him in Real Madridâ€™s 2017-18 Champions League semi-final againstÂ Bayern Munich, and he was rewarded as the youngster scored a decisive winner in Munich in the first leg.

â€œHe made the difference out there,â€ the manager toldÂ ASÂ .

â€œHe brings real speed and cutting edge and had an excellent impact on the game when he came on. I'm very happy with him, as are his team-mates."

This summerâ€™s reshuffle was likely to play into Asensioâ€™s favour too. Last term, he was often looked to as a player that should be stepping up and helping replace the goals of the departed Cristiano Ronaldo.

But at his young age, such expectation was harsh, particularly given he would start as many games as he would not.

He rejected the idea himself,Â sayingÂ : â€œI don't think it's for me to carry the team. 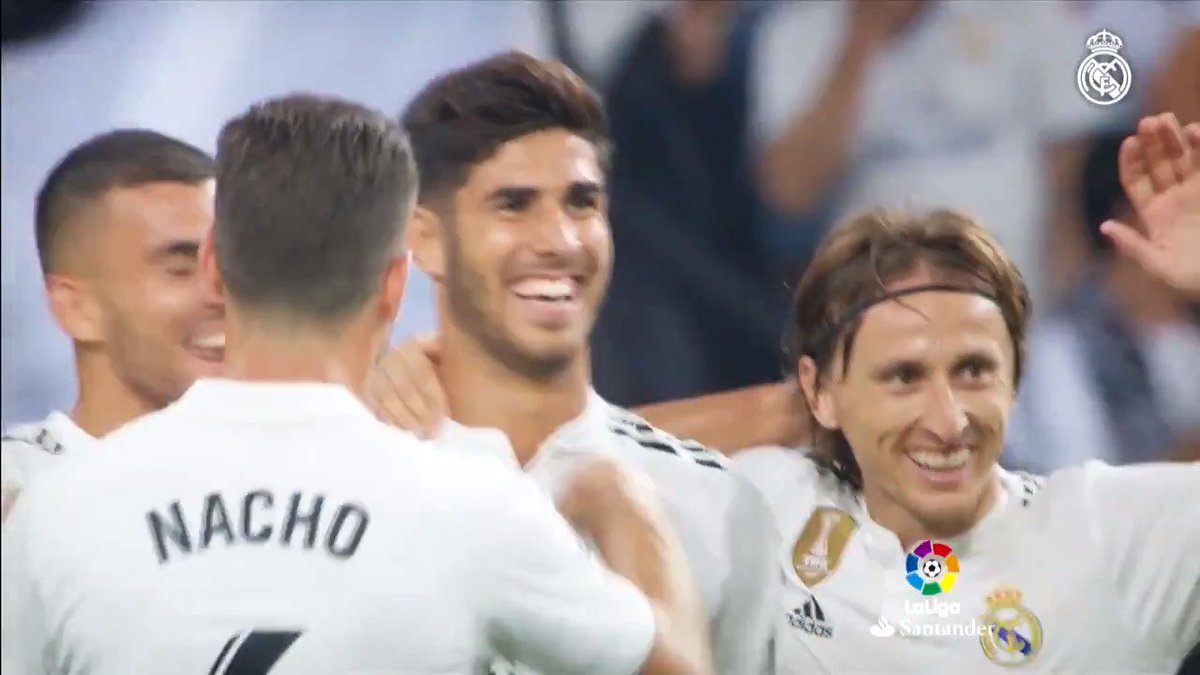 Â
39 people are talking about this
Â
Â
Â

â€œThere are players who are much more experienced, have more years playing under their belts and more status than I have and they're the ones who have to lead the team.â€

But with Eden Hazard, Luka Jovic and Rodrygo arriving this summer, Real Madridâ€™s goal-scoring burden this season should be shared much more equally â€“ taking the pressure off players such as Asensio and Karim Benzema.

That lack of pressure helped him thrive in his early Real Madrid days, and was set to help him going forward, were it not for such bad luck to befall him against Arsenal.

The good news is, Asensioâ€™s Bernabeu days are unlikely to be over - even if this season can be virtually written off.

A player liked by Zidane and still just 23 years old, time is on his side.

Even if Asensio struggles upon his return from a notoriously horrible injury, the wingerâ€™s contract doesnâ€™t expire until 2023 so he has the opportunity to get back to his best.

The bad news, however, is that this exceptionally talented footballer is set for another difficult year â€“ at a very crucial age.

If Real Madridâ€™s boy wonder doesnâ€™t live up to his potential, it certainly wonâ€™t be his fault.