Bitcoin has further extended its bout of consolidation as it continues trading sideways around the $8,200 level, which appears to be a key support level that BTC’s bulls need to defend in order for the crypto to move higher in the near-term.

Analysts are noting that Bitcoin is currently forming what could be a long-term bottom, but this possibility will only be validated if the crypto is able to post an upwards movement from its recent lows.

Bitcoin Consolidates at $8,200 as Bulls Struggle to Push the Crypto Higher

At the time of writing, Bitcoin is trading down marginally at its current price of $8,260, which is around the level at which the crypto has been trading at for the past several days.

During a fleeting overnight movement, Bitcoin surged towards $8,400 before facing insurmountable levels of resistance that sent its price back to its support around $8,200.

This recent price action signals that Bitcoin is currently at a turning point, as analysts have previously noted that a break below its current support levels could lead the cryptocurrency to plunge significantly lower before it finds any notable support.

It is important to note that analysts are claiming that Bitcoin could be close to incurring an upwards break towards $8,700, but its inability to break above $8,400 overnight may have invalidated any bullishness that the crypto had previously incurred.

UB, a popular cryptocurrency analyst on Twitter, shared a bullish sentiment regarding BTC in a tweet from yesterday evening, explaining that he is targeting a movement towards $8,700.

“$BTC – Entered into a long on a LTF break of the Diag w/ confirmation as stated in the above Tweet. On the way to $8.7k,” he explained.

$BTC - I'm waiting for a LTF break above the Diag before entering into a long position.

~$8.7k is my target if Bitcoin does breakout.

*If* there is a spike down to the low $8k area I'll take a more aggressive position. #Bitcoin 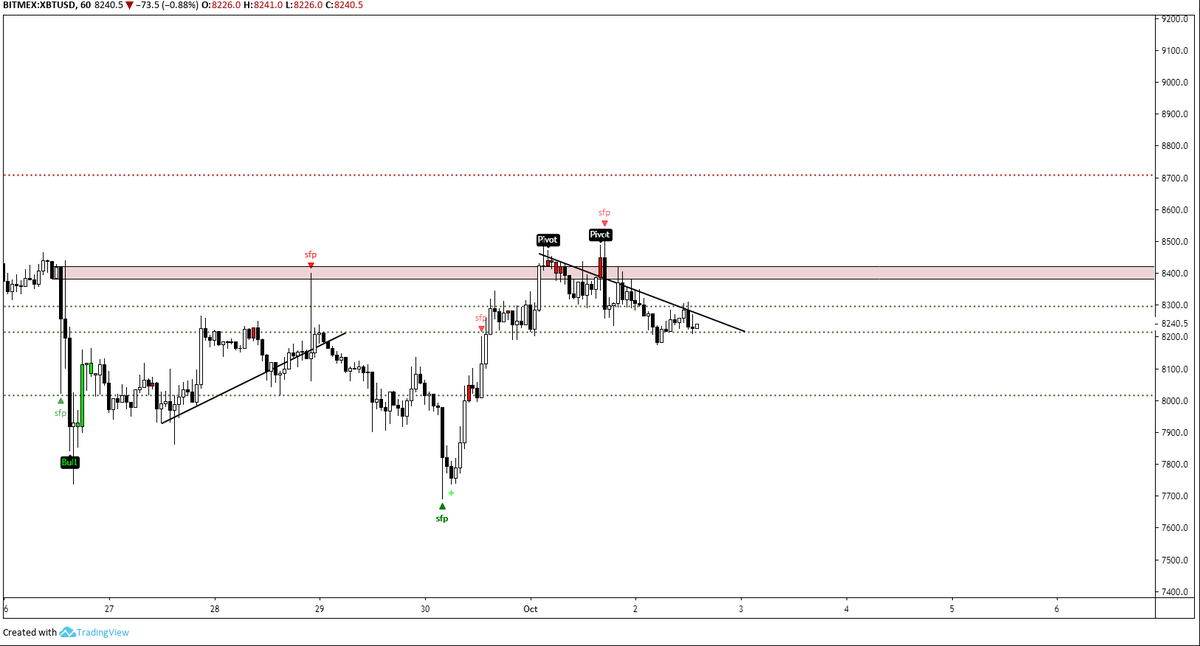 $BTC - Entered into a long on a LTF break of the Diag w/ confirmation as stated in the above Tweet. 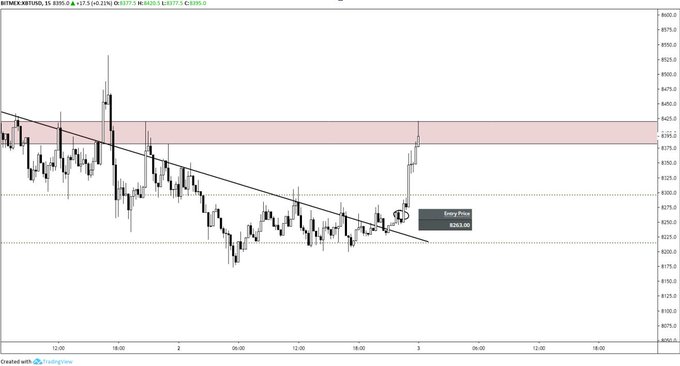 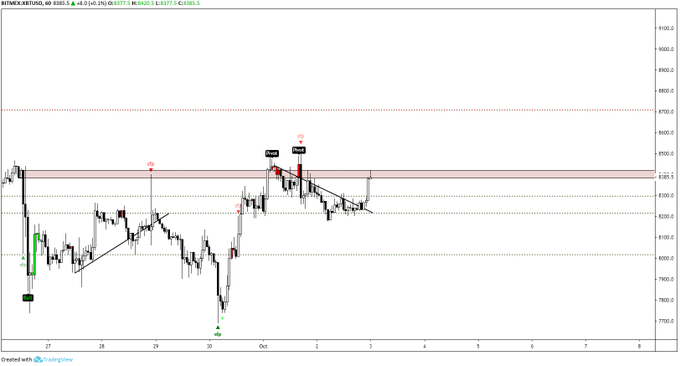 BTC May Be Forming a Double Bottom Formation

Although Bitcoin failed to post a bullish movement up towards $8,700 and was rejected around $8,400, analysts are still noting that the crypto could move higher in the near-term as it attempts to form a bullish double bottom formation.

Big Cheds, another popular cryptocurrency analyst on Twitter, spoke about this possibility in a recent tweet, saying: 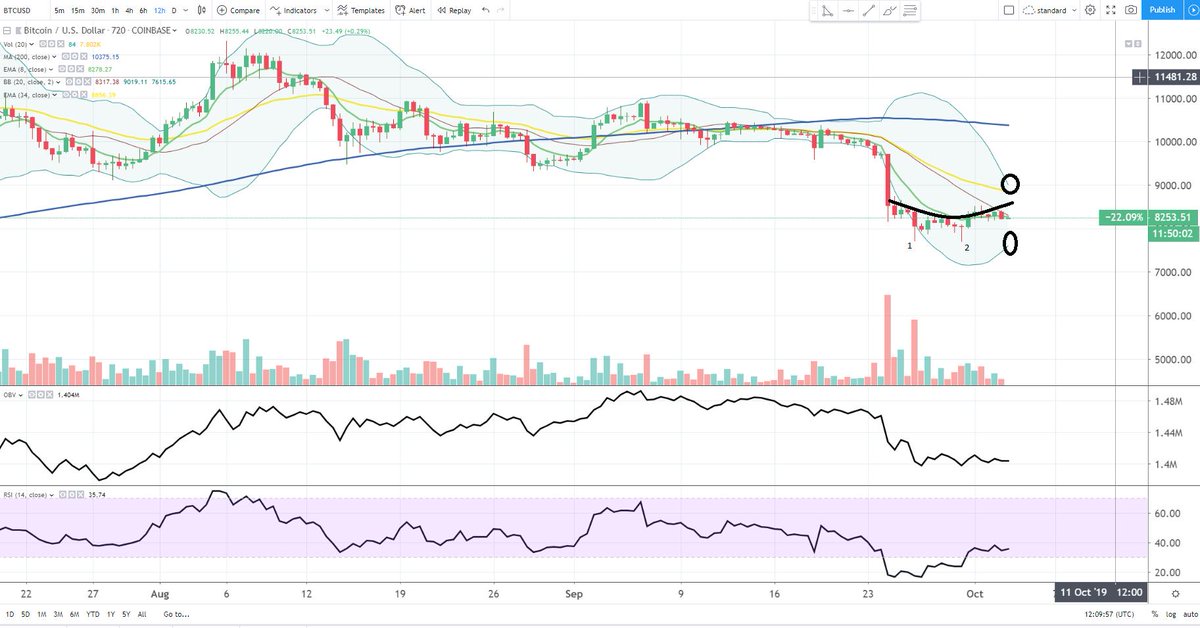 15 people are talking about this

How Bitcoin responds to its near-term support at $8,200 will likely prove to be critical for determining a mid-to-long term trend, as a decisive break below this price level could lead the crypto to cut even further into the gains it incurred throughout 2019.

SEE ALSO Investors rejoice at Bitcoin's dramatic rebound: Cryptocurrency has tripled in value to £10,000 after Facebook announces its own digital currency