The death toll from the year-long Ebola outbreak in the east of the Democratic Republic of the Congo (DRC) has topped 2,000, according to government data released on Friday, which also showed the number of confirmed cases had surpassed 3,000.

The outbreak, which was officially declared in August of last year, is the second deadliest on record behind the 2013-2016 epidemic in West Africa that killed more than 11,300 people.

Uganda, meanwhile, reported another fatal case of Ebola after a nine-year-old girl who crossed the border from neighbouring DRC and tested positive for the disease died on Thursday evening.

The child - who was being held in isolation at a hospital in the Ugandan border district of Kasese - travelled from the DRC with her mother on Wednesday, Uganda's health ministry said in a statement on Thursday.

The girl, of Congolese origin, was identified by a screening team at Mpondwe border post as she tried to cross to Uganda.

She exhibited symptoms including high fever and unexplained mouth bleeding, according to the statement. A sample of her blood tested positive for Ebola.

"Since the child was identified at the point of entry, there are no contacts in Uganda," the health ministry's statement said.

The new case is likely to heighten fears of the outbreak, which has largely been confined to eastern DRC, spilling over into neighbouring countries.

In June, two people who travelled from the DRC died in Uganda while a third who was part of the same visiting family died after he was sent back home.

Cases of cross-border contamination have so far been rare, however, in part because of stringent screening procedures at official border crossings in Uganda and Rwanda, which border the DRC.

However, the Ebola outbreak, which emerged in North Kivu and Ituri provinces, has not shown signs of slowing down in the DRC.

New cases were reported in Goma, the capital of North Kivu province, in recent months. The outbreak has also recently spread to a new province, South Kivu.

In July, the World Health Organization (WHO) declared the outbreak a public health emergency of international concern.

Efforts to end its spread have been repeatedly hampered by a "perfect storm" of regional insecurity in eastern DRC and deep community mistrust over the crisis and towards authorities.

Amid the unrest, health workers have inoculated more than 200,000 people to date with a vaccine. It is experimental but estimated to be 97.5 percent effective. According to WHO, it may protect a person for up to 12 months. 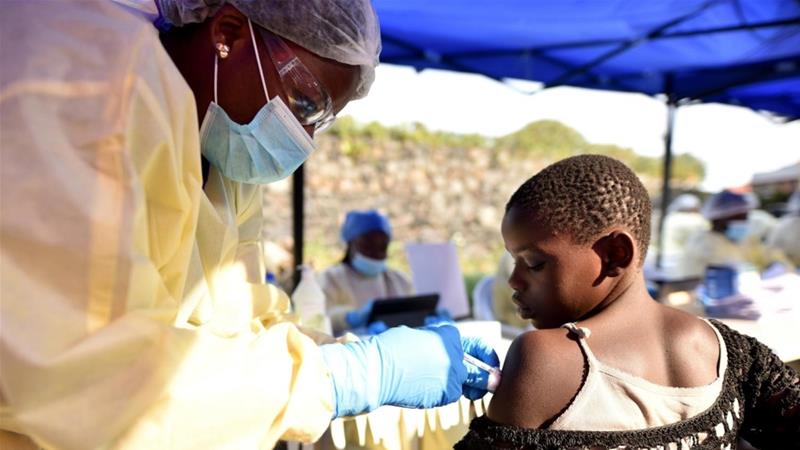 What does it take to contain Ebola?

“Congratulations! You have won $500,000!  Please click the button below or open the attached file to claim your prize.” Phishing presents itself in many ways, from... ...Read More

By Marcus Fowler  Predictions for cybersecurity in 2020 The age of cyber warfare is upon us, and the threat of cybercrime to businesses continues to multiply by the day.... ...Read More