A recent cybersecurity audit revealed that four out of five schools in the United Kingdom have suffered a security incident like phishing, malware, and ransomware attacks. And many of these attacks were conducted by the schools’ students and staff.

The survey, which was carried out by the National Cyber Security Centre and the London Grid for Learning (LGfL), also highlighted that one in five schools stated that they’ve encountered illicit access to their networking systems by their students and staff.

Based on the responses from 430 schools across the UK, the findings revealed that 83 percent of schools reported at least one security incident every year, causing data leak and disruption to their IT services.

According to audit findings, around 69 percent of schools suffered a phishing attack, 35 percent had experienced periods with no access to information, 30 percent suffered malware infection or ransomware, while 20 percent fell victim to spoofing attacks.

“Budgets are tight, the curriculum is squeezed, and school is all about keeping children safe and providing the best possible education. So, you won’t often hear schools talking about their cybersecurity preparedness. Whilst it was hospitals rather than schools which suffered major disruption from the WannaCry virus, schools are just as likely as any organization to face DDoS and phishing attacks,” the report said.

Schools are often seen as a primary target for attackers, as they hold a huge amount of sensitive information.

Recently, a ransomware attack on Syracuse City School District and Onondaga County Public Library ceased their network systems and disabled the access to the catalogues and online accounts. The school authorities launched an investigation to determine the source and damage of the incident.

According to the official statement, the hackers infected the school’s network system with Ryuk Ransomware and demanded a ransom to set free. It’s believed that the attacker is linked to a criminal group known as Grim Spider based in Eastern Europe.

Also, the San Diego Unified School District reported a data breach that affected more than 500,000 students and staff members. According to the official statement, a phishing scam led to unauthorized access to the staff’s log-in information, including the network services and students’ database. 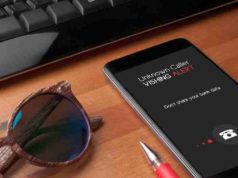 Attackers use ‘Deepfake’ Voice Software to steal US$243,000

Cybersecurity has now become a board room imperative