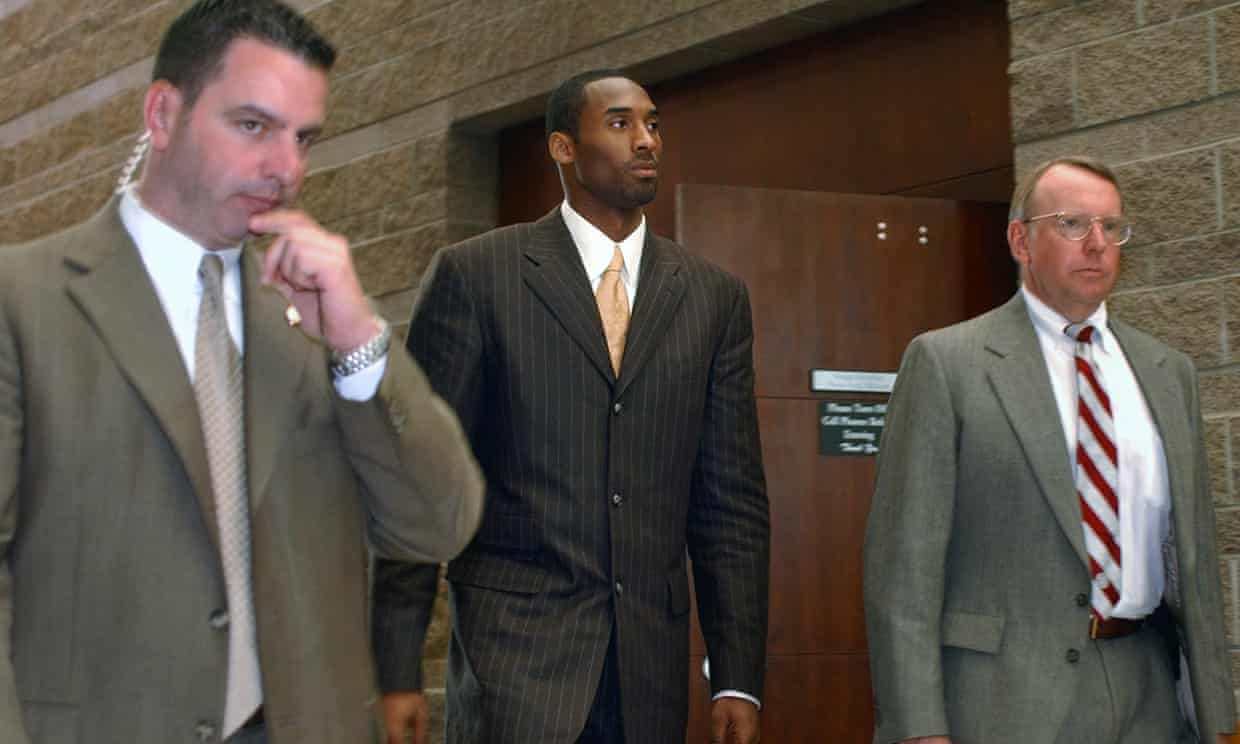 In the first moments that followed news of Kobe Bryant’s tragic death in a helicopter crash at age 41 last weekend, news reports updated with details about the untimely incident and the legacy the NBA star left behind. But it took only a second for some to realize that many accounts ignored one part of his story: the 2003 rape case.

It couldn’t stay hidden in the background. People tweeted old articles about how a 19-year-old accused the star basketball player of rape at a Colorado hotel, and they criticized those who ignored it. Others made death threats against people who brought up the case, insisting it was simply too soon, or brushed it aside because the lengthy case against Bryant ultimately collapsed after the alleged victim withdrew.

As the disgraced film producer Harvey Weinstein is currently on trial in New York for sexual misconduct allegations that galvanized the #MeToo movement, the renewed interest in Bryant’s case has raised questions about how much has actually changed since 2003.

“If something like that had happened in this time, with this movement going on, the repercussions would have been far greater for him than losing a few endorsements,” said Miki Turner, a journalism professor at the University of Southern California, Los Angeles. She first met Bryant at the beginning of his career, when she was a beat reporter covering the city’s Lakers and Clippers basketball teams.

Bryant long stood by the apology he made, after criminal charges were dropped in the case in 2004. He admitted he had sex with the accuser, but said he believed it was consensual. He said he did not question the woman’s motivations for coming forward and acknowledged that she did not view their encounter as consensual.

The recent reckoning over sexual harassment and violence had been affecting Bryant’s legacy. When he retired from the NBA in 2016, stories appeared urging the public to remember the accuser. And when the #MeToo movement gained steam in late 2017, Bryant’s case attracted renewed attention.

In 2018, an animation festival dropped him from its jury after a petition urged organizers to do so. “This is an urgent time to say NO to toxic and violent behavior against women,” the petition read.

A similar petition to rescind his nomination for an Academy Award that same year, however, failed to gain traction, and he won the Oscar for the short film Dear Basketball. He will be honored at the annual awards show next month.

While the #MeToo movement has changed how many people view sexual misconduct allegations, Turner said the culture in professional sports is still, despite some progress, a male-centric, “good ole boys network”. She said it’s not so much that athletes have a pass on bad behavior, it’s that, as Turner has witnessed, attention from women comes with the territory, particularly for traveling athletes.

Turner left her job covering the Lakers in Bryant’s first year there, then covered the team again 10 years later when Bryant was in his prime – and several years after the rape case.

Turner said the case changed Bryant. She said for more than a decade, he and his wife Vanessa offered significant support to women’s sports and those experiencing homelessness in Los Angeles, often without it being publicized. “The difference between the Kobe I knew when he was younger and the Kobe I met again in 2006, was night and day,” Turner said.

Bryant articulated his own change in character by crafting the “Black Mamba” alter ego after the Colorado case. A 2018 profile in the Washington Post paraphrases Bryant’s need for the new identity: “Creating an alternate persona, he says now, was the only way he could mentally move beyond the events of Colorado.”

And his public persona did move on.

He was wildly successful on the court and has been named as an inspiration to countless players in the league. After his death, NBA games came to a standstill with players holding the ball to violate the 24-second shot clock rule in honor of Bryant, number 24. More than 3 million people have signed a petition to change the NBA logo to depict him. He was honored repeatedly at the Grammy music awards the night of his death and tributes to his legacy were made across the globe.

Obituaries and news reports from some of the nation’s top news companies omitted mentions of the rape trial, which at the time was such a media frenzy it was compared to the OJ Simpson case. Death threats were made against people who mentioned it on social media, and a Washington Post reporter was suspended for sharing an article about it on Twitter.

Mark Shaw, a former criminal defense lawyer who worked as an analyst on the Bryant case, said he was concerned about how little attention has been given to the accuser in coverage of Bryant’s death. “Some of the coverage I see just brushes over all this and the victim is left outside the door,” Shaw said.

During the initial proceedings, the woman was named in some media reports, despite a Colorado law meant to stop that from happening, and Bryant’s lawyers at the time emphasized her “promiscuity” and history of depression.

“It’s a great example of what can happen to somebody who comes forward and makes allegations like this,” Shaw said. “I have no doubt that what happened in the Bryant case dissuaded many women.”

Shaw said he was “disturbed” by Bryant’s attitude in the courtroom and believes if the case had gone to trial, Bryant would have been convicted.

And despite progress from the #MeToo movement, Shaw said he thinks to this day people’s first instinct is to doubt those who accuse the wealthy and famous of sexual assault.

Shaw said: “Now when they really look at it and take the time to look at it, maybe the feeling these days has changed, I hope it has, but at times I’m not so sure it has.”

… we’re asking readers, like you, to make a new year contribution in support of the Guardian’s open, independent journalism. This has been a turbulent decade across the world – protest, populism, mass migration and the escalating climate crisis. The Guardian has been in every corner of the globe, reporting with tenacity, rigour and authority on the most critical events of our lifetimes. At a time when factual information is both scarcer and more essential than ever, we believe that each of us deserves access to accurate reporting with integrity at its heart.

You’ve read 22 articles in the last four months. More people than ever before are reading and supporting our journalism, in more than 180 countries around the world. And this is only possible because we made a different choice: to keep our reporting open for all, regardless of where they live or what they can afford to pay.

We have upheld our editorial independence in the face of the disintegration of traditional media – with social platforms giving rise to misinformation, the seemingly unstoppable rise of big tech and independent voices being squashed by commercial ownership. The Guardian’s independence means we can set our own agenda and voice our own opinions. Our journalism is free from commercial and political bias – never influenced by billionaire owners or shareholders. This makes us different. It means we can challenge the powerful without fear and give a voice to those less heard.

None of this would have been attainable without our readers’ generosity – your financial support has meant we can keep investigating, disentangling and interrogating. It has protected our independence, which has never been so critical. We are so grateful.

As we enter a new decade, we need your support so we can keep delivering quality journalism that’s open and independent. And that is here for the long term. Every reader contribution, however big or small, is so valuable. Support The Guardian from as little as $1 – and it only takes a minute. Thank you.

Support The Guardian
Why support matters