By ANTHONY KITIMO
More by this Author

The new deal was brokered by Mombasa Governor Hassan Joho taking over the mediation in the 2019/2020 fiscal year budget stalemate, which has grounded county activities for three months now.

Speaker Meshack Maghanga led the MCAs in the talks with Mr Joho at his Mombasa County offices, where they agreed to return to work, negotiate and drop their hard-line stance for the benefit of Taita-Taveta County residents.

“We have been seeking such a platform where we can express our issues openly and today we had a fruitful meeting, led by Governor Joho. We have seen ‘white smoke’ and soon we shall resume our work in the county,” said the Speaker.

Speaking shortly after the talks at Mombasa County Buildings where Taveta MP Naomi Shaban and her Changamwe counterpart Omar Mwinyi were in attendance, Leader of Majority Jason Tuja was apologetic to locals, saying the time wasted has derailed development in the county.

“We have given our position and we hope the Governor Joho-led talks will bear fruits,” said Mr Tuja.

Governor Joho brought together 31 MCAs, except two who could not attend on medical grounds and the Speaker after President Uhuru Kenyatta expressed disappointment over lack of progress on talks to end the stalemate during his tour in Coast region a few days ago.

MP Shaban also expressed her optimism to the talks saying the locals had been left hopeless after Governor Granton Samboja petitioned President Kenyatta to dissolve the county assembly due to the gridlock.

“We decided to seek support from our Coastal leaders to resolve the standoff and today I am proud the mediation process has shown a big progress,” said the MP.

Governor Joho said he decided to initiate talks between the two parties and in the meeting leaders have agreed to forgive each other to end their differences.

“Before the meeting, I talked to Kilifi Governor Amason Kingi over the matter and I welcome any leader willing to ensure the gridlock is resolved, to join us. We understand Taita-Taveta Senator Jones Mwaruma and other religious leaders have also initiated the talks and we hope to meet somewhere in the process,” Mr Joho said.

The governor said he will be meeting Governor Samboja later for the talks and he was optimistic to resolve the issues within a week.

“The county assembly has been open in the talks and I would like to tell the public they have no hidden cards as it was alleged. They have dropped their demands and I hope the meeting with Governor Samboja would be a give and take meeting to ensure the county moves forward,” said Governor Joho.

The differences between Taita-Taveta County executive and MCAs reached fever-pitch in June after Governor Samboja refused to bow to MCAs pressure to allocate themselves more than Sh830 million in the 2019/2020 financial year to spend in their respective wards without any regulation.

The bill was returned to the House for review after 20 elected MCAs proposed control of Sh41.5 million each for ward development illegally without approval and legitimisation by the Senate Public Accounts and Investments Committee.

Governor Samboja had already collected 52,100 residents signatures to support his petition to dissolve the county after MCAs refused to drop their demands.

In the past three months, different mediation forums have been called in trying to end the stalemate in vain.

ODM leader Raila Odinga had met the two groups twice while the Council of Governors chairman Wycliff Oparanya had picked Governor Kingi to spearhead the mediation talks but no progress had been made.

Policeman trades his gun for chalk to quench pupils’ thirst 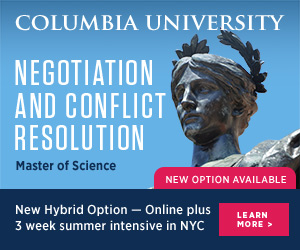 The Internet can be a dangerous neighborhood for children and teens. From cyber-predators to social media posts that can come back to haunt them later in life, the hazards can be... ...Read More