Renowned HIV/AIDs activist Phenny Awiti is well known for advocating for a stigma free society for people living with the virus through her online platforms.

The lass has been flaunting her Caucasian man on her social media accounts, confirming that she’s deeply in love again after raising her two daughters single-handedly for years.

In a sweet Instagram post, Phenny hinted she stayed away from social media to hide her bump but now she is more than ready to share the journey. The beauty announced she was officially off the market on July, 3 2019, after showing off her sparkly engagement ring.

The lovebirds have been the envy of many after Phenny revealed the identity of her new found man.

In July 2019, the two were engaged and promised to be by each other’s side.

“AND WHAT A TIME TO BE ALIVE. IT’S A YES” PHENNY CAPTIONED THE PHOTO BELOW.

Well, in a series of new photos seen on social media Platform, Phenny is now heavily pregnant with her third child, the first with her new man.

She broke the news to her followers on Tuesday morning explaining why she has not been posting photos of late.

Phenny first discovered she was HIV positive in 2008 while still a high school student. At that time, her diagnosis came as a shock to her as she had no sexual partner. Ever since, she has learnt to embrace her status and speak against stigmatisation.

“THEY SAY WHEN SHE IS LOST, SHE IS PREGNANTðŸ˜˜ðŸ˜˜ðŸ˜˜ðŸ˜˜. ON A JOURNEY, TO RAISING ANOTHER HIV NEGATIVE BABY!” SHE WROTE 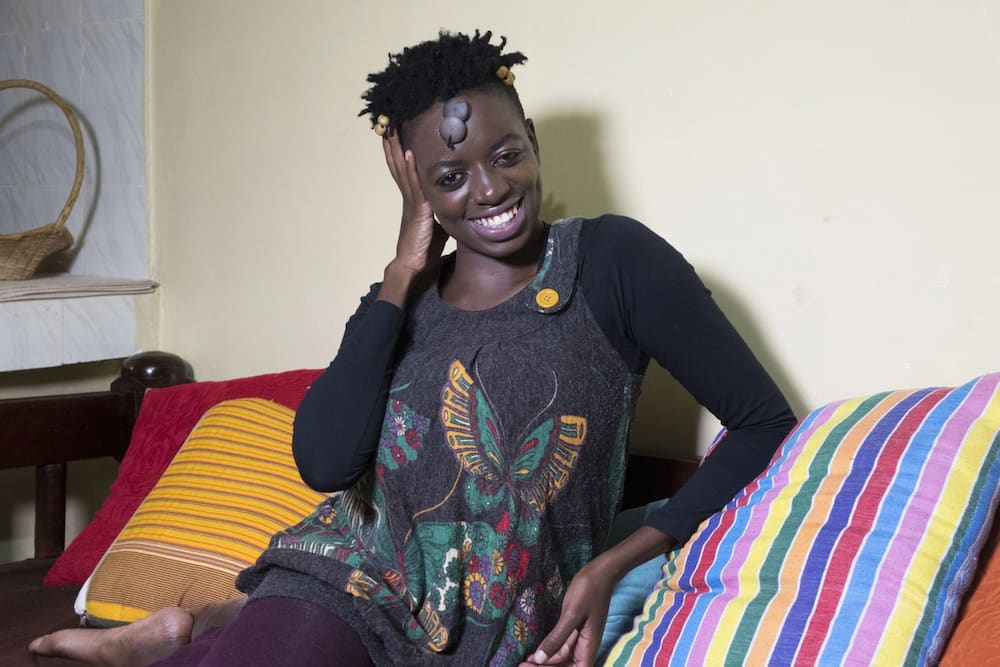 The lady who is now involved in many projects made her HIV/Aids status in 2017 on social media and revealed she was born with the disease. She met a number of men most of whom were not satisfied with the fact that people can be intimate and not get infected. Phenny finally met the father of her two beautiful girls and like any other man, she disclosed to him her status and he was okay with it at first but later changed his mind, dumping her for another woman. "He was HIV negative, I was HIV positive, I never infected him, he is still negative up to today," she said. When  interviewed Phenny at her Nairobi house on Friday, August 10, the mother of two opened up on what has been a journey of battling with discrimination. The HIV/Aids activist recounted an organization initiating blood drive donation had visited the school in second term and she gladly donated just like any other student not knowing her HIV status. Another organization again visited in third term, this time, she remembered they were given soda and loaves of bread as an enticement to test their HIV status. It was an amazing opportunity to have free loaf and soda all to herself, she thought. "At the back of my mind I just needed the bread and soda. Barely after five minutes, one counselor asked whether I had any boyfriend and I said no. She then handed me my kit. It had a double line. I was positive," she said.  This HIV POSITIVE woman is trying to find a HUSBAND After going through counselling, traumatised and lost, Phenny dashed to her best friend's dormitory and disclosed her status marking the beginning of troubles in school. Though she maintained her friend was very supportive, four days later, her condition had become a matter of public knowledge and the whole school knew about it. "After four days, I went to serve food in the dinning hall, when I stepped inside, I saw a group of girls in a deep conversation. Then all of a sudden I overheard one of them say that is why she is so fat, she takes those drugs," she narrated. On that particular night, her best friend asked her to return every stuff had from her and then withdrew completely from Phenny fearing she would infect her. But how did she deal with men wanting to date her? "Any guy who would hit on me, I would tell him I am HIV positive. I would not lie to any person," she ended.