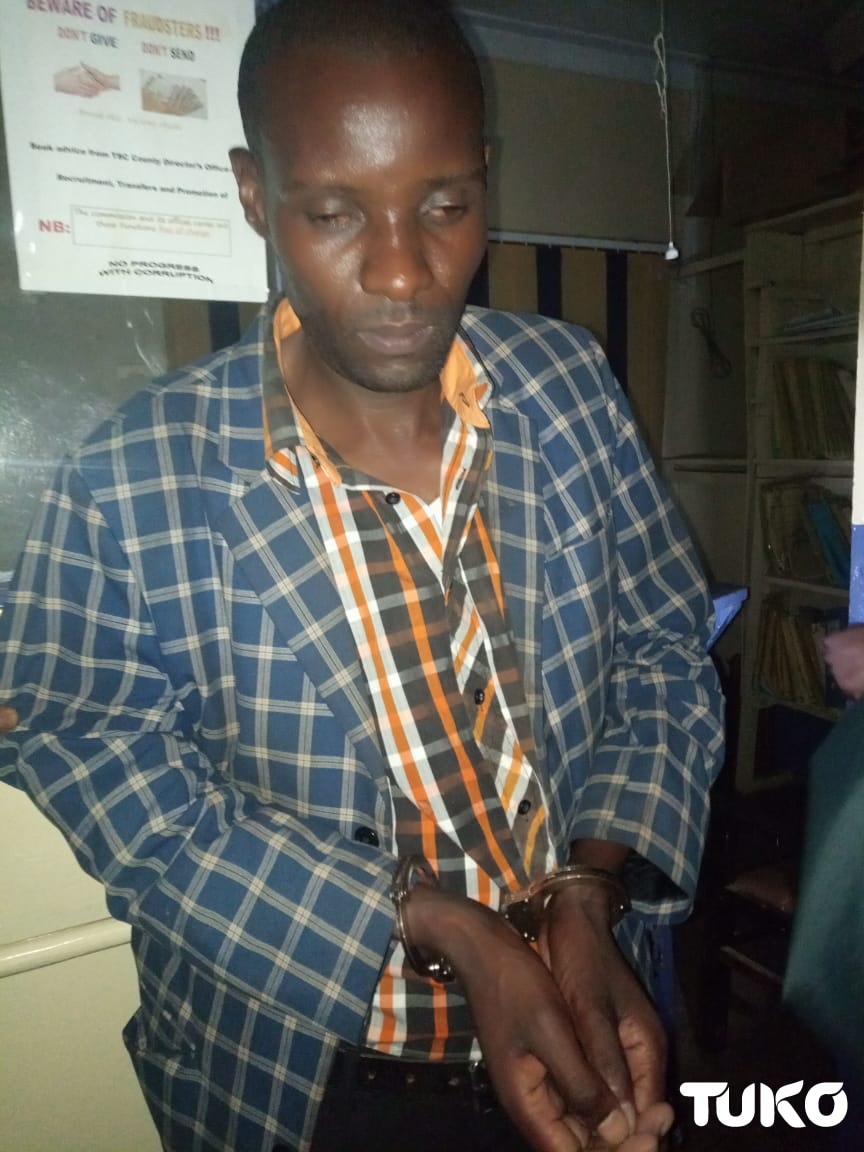 - Noticing the employee had been inside the office for long, they called for reinforcement

- On opening the doors, they found he had ransacked the entire office with files all over the place

There was a major stand off in the dead of the night of Wednesday, January 9, between police officers and a member of staff working with Muranga Teachers Service Commission unit (TSC).

The suspect identified as Samuel Wanjohi, had raided the Muranga East TSC where he had locked himself inside the offices.

The suspect had ransacked the offices and the cabinets broken into while the files and other documents were strewn on the floor. Photo: Mark Wachira
Source: Original

JUST40DAYS understands the raid was detected by hawk eyed police officers who were on duty at the Murang'a police station which is located just opposite the TSC offices,.

This was after they noticed an unusual movements of a bodaboda which was moving back and forth on the road before it dropped the suspect who then went and locked himself inside.

The officers ho had rushed to the offices decided to wait for him outside but he took long inside the office forcing them to order him out.

He did not heed to their call hence the officers alerted the Officer Commanding Muranga Police station Job Njiru who moved in together with more officers.

Muranga County Police Commander Mohammed Farah who spoke to Just40days said the suspect yielded after the police threatened to break the door and apprehend him.

"Our OCS also managed to call the TSC officers who arrived and identified him and it was at that point that he softened, opened the door, was arrested and put in custody at Muranga police station,"he disclosed. 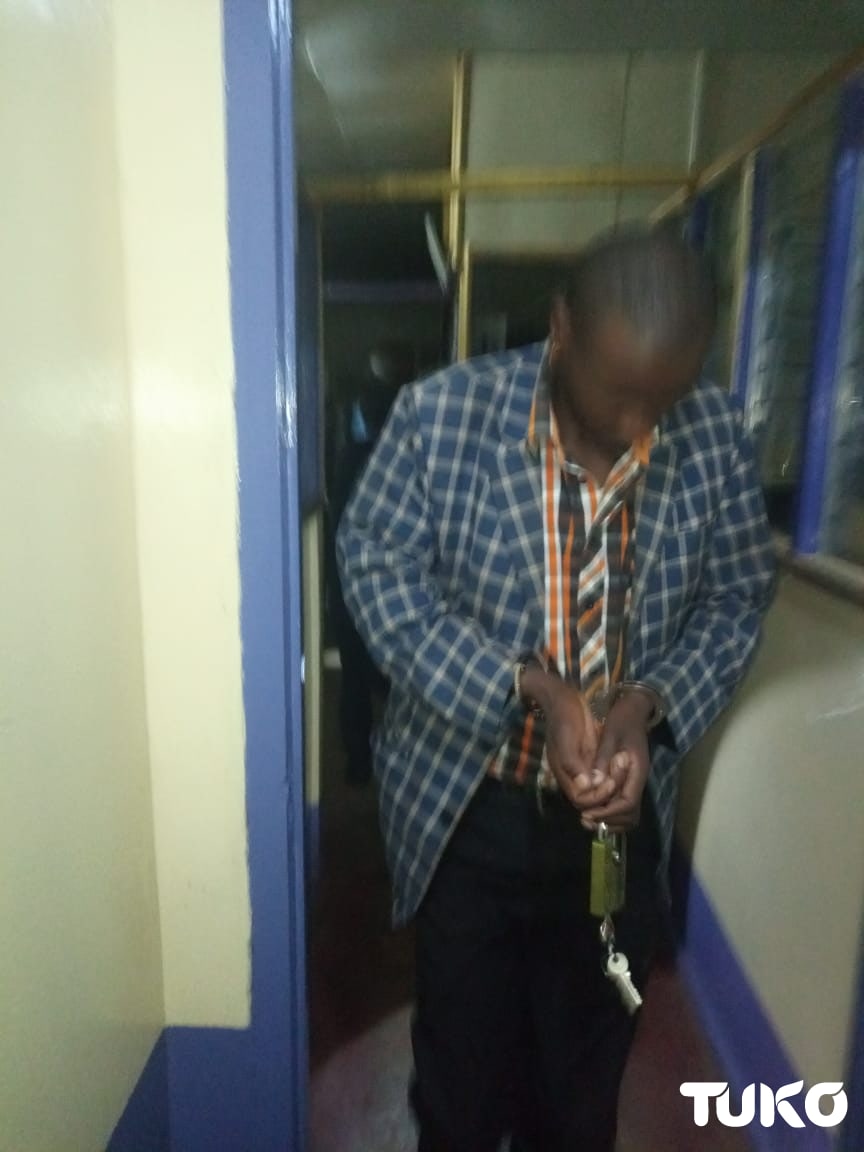 The suspect claimed he had gone back to switch off the lights that were on. Photo: Mark Wachira
Source: Original

Farah said after the officers accessed the office, they found it ransacked and the cabinets broken into while the files and other documents were strewn on the floor.

He noted the suspect works as a cleaner in the offices adding that among the offices he had accessed was that of Muranga East Sub County Director of Education Everlyne Kinaka.

Police suspect he had been hired by an unknown person or persons to either steal some documents with crucial information or destroy it from the computers.

Police are looking for the bodaboda rider who took him to the scene for questioning while wanjohi waits to be arraigned in court.

His relatives claim they knew of the incident only after it was aired during a news bulletin by one of the vernacular radio station.